Engineers at companies like Intel who design and build chipsets and microprocessors must manipulate components at impossibly small scales. Axel Scherer, Neches Professor of Electrical Engineering; professor of medical Engineering, Applied Physics, and Physics; and Merkin Institute Professor, says the current state of the art involves working at the scale of 7 to 10 nanometers (or billionths of a meter). In five years, he says, that figure will likely be down to 3 nanometers or smaller—and students who take his new course, Nanofabrication Techniques, will be ready for this challenge.

"Our students coming out of Caltech have to live in this world," says Scherer. "They're going to be making these structures and designing them. So, I think it's our responsibility to prepare them."

Scherer set out to do just that through APh/EE 150, a new undergraduate course on nanofabrication techniques he is teaching for the first time this term. Traditionally, he says, only graduate students working in labs have been trained to use cutting-edge equipment such as the instruments found in Caltech's Kavli Nanoscience Institute. In the new course, undergrads have an unprecedented opportunity to use such nanofabrication tools, which could give them a leg up as they go into industry or a graduate career in nanoscience.

"We've always had a history of getting students into real-life laboratory environments as soon as possible in the freshman year, which is earlier than most colleges," Scherer says, citing Caltech's Summer Undergraduate Research Fellowship (SURF) program and courses such as the longstanding APh/EE 9 class, Solid-State Electronics for Integrated Circuits, that tasks students with building a transistor. The problem is that undergraduates have had few opportunities to build on that foundation. They could not, for example, access the cleanroom and use technologies needed to manipulate materials just a few nanometers across, technologies such as electron microscopy and electron-beam lithography. (The latter process involves firing a beam of electrons to draw shapes or objects on a surface that has been coated to make it more electron sensitive.)

The course combines topical lectures that give the students a preview of what they will be doing in the cleanroom along with hands-on practical training. Both components are conducted as a team effort between Scherer and the KNI technical staff. The first two lectures of the term were presented by KNI’s microscopist, Dr. Annalena Wolff, who lectured on scanning electron and focused ion beam microscopy. Additional lectures were presented by KNI’s Associate Director of Technical Operations, Dr. Guy DeRose, on electron beam lithography.

The cleanroom portion of the course is primarily hands-on, and is conducted in the working shared KNI user facility. KNI Laboratory Coordinator Bert Mendoza leads all the safety training and optical lithography. KNI’s Materials Process Engineer Alex Wertheim and Plasma Process Engineer Kelly McKenzie instruct the students in the cleanroom on how to deposit films and etch their samples. Wolff and DeRose lead the in-lab instruction in microscopy and electron beam lithography, respectively. TA Changsoon Choi holds weekly recitation sessions in the cleanroom for additional practical skills training.

Senior Paromita Mitchell took the course because she wanted to get a head start working with the KNI's modern fabrication techniques before taking a summer course with Scherer. "It's been interesting so far. Working with the lab techs who have a lot of experience often uncovers tips and tricks that wouldn't be covered in a traditional lecture setting," Mitchell says. "Theoretical learning is essential, but dealing with the practical work is a whole other beast."

Courses like Scherer's nanofabrication techniques class work to break down that barrier and give students the hands-on experience and machine shop-style training they need to make a difference right away, whether in academia or industry. The course is about more than teaching new mechanical skills; students must also understand the physical limitations of the instruments.

"The students are going to design the next generation of devices," Scherer says. "They need to know what is physically possible today, what is likely to be possible tomorrow, and how to orient what they know in that mindset to design those things that will work and can be made, and are real, and will change the world."

The seven undergraduates in Scherer's spring course are getting a preview of what is possible. They will work in his sub-basement lab beneath the Gordon and Betty Moore Laboratory of Engineering, one of the most vibration-proof places on campus, where Scherer pushes the limits of the infinitesimal. He has already shown it is possible to build structures as small as 1.5 nanometers.

Through a microscope that can magnify images a million times or more to display individual atoms, Scherer reveals a grid of microscopic aluminum dots he has created, with each dot separated from the next by just 5 nanometers. He uses aluminum to probe whether this excellent conductive material has exotic properties at the nanoscale that might be useful in computer engineering or other applications.

"You can say, ‘everything is made out of atoms,' but it's a fundamentally different experience if you actually can see them," he says. "You say, ‘Hey, this is really true!' This is what a lab is all about, right?"

Scherer's new course is a work in progress. For one thing, he is still working to devise a final project that would be achievable within the limits of a single term. Still, he is passionate about allowing undergraduates to work at the nanoscale.

"Seeing atoms, manipulating atoms, building little things with them—that's something that I strongly feel should be part of their experience," Scherer says. "They get some time to play around with an instrument, see what it does, move the sample around, focus it, change beams, and get an appreciation for what I think is fantastic stuff." [Caltech story] 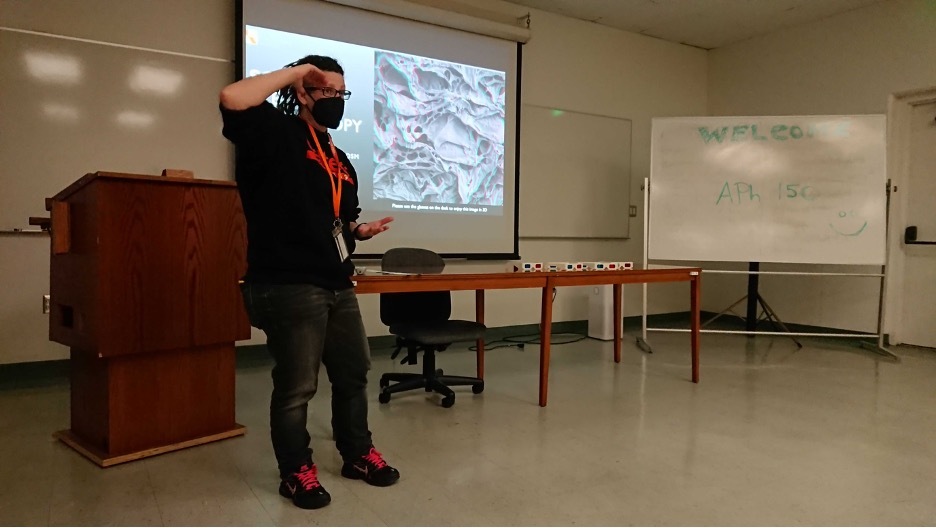 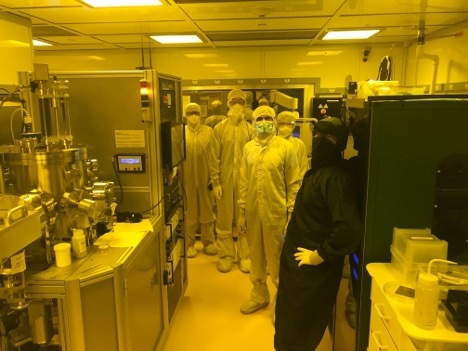