Lessons From the Early Days of Semiconductors 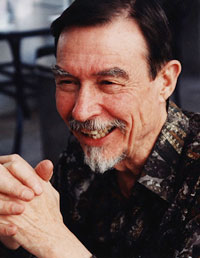 He pioneered the Silicon Foundry concept and the Fabless Semiconductor business model.

He holds BS, MS and PhD degrees in Electrical Engineering from Caltech, as well as honorary doctorates from USC and the University of Lund, Sweden. He has been a member of the Caltech faculty since 1958, and the Gordon and Betty Moore Professor of Engineering & Applied Science, Emeritus, since 1999.