The Golden Age of Space Exploration

Over the last 50 years, JPL spacecraft have visited every planet in our solar system and roved for more than 14 years on the surface of Mars. In addition, space borne telescopes have detected planets around neighboring systems, studied the composition and dynamic of galaxies across the Universe, and monitored changes in our planet’s surface and atmosphere.

This presentation will discuss the challenges of robotic space and Earth exploration, highlights of Curiosity’s recent landing on Mars, and present some of the engineering and technological challenges for future missions of exploration and discovery. 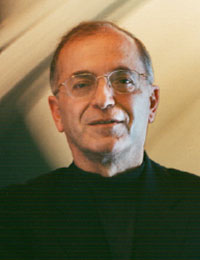 Dr. Charles Elachi is Professor (Emeritus) of Electrical Engineering and Planetary Science at the California Institute of Technology. From 2001 to 2016 he was the Director of the Jet Propulsion Laboratory and Vice President of California Institute of Technology. During his 16-year tenure, he oversaw the development and operations of over 45 flight missions and instruments.

He has been a principal investigator on a number of NASA-sponsored studies and flight projects including the Shuttle Imaging Radar series (Science Team Leader), the Magellan Imaging Radar (Team Member), the Cassini Titan Radar (Team Leader) and a Co-Investigator on the Europa Sounding Radar. He is the author of over 230 publications in the fields of active microwave remote sensing and electromagnetic theory, and he holds several patents in those fields.

He is the Chair of the St. Exupery Innovation Council in Toulouse France, Member of the United Arab Emirates Space Agency International Advisory Council, a member of the Commission on DOE National Laboratories, a member of the Visiting Committee for the Department of Aeronautics and Astronautics at MIT.